Denomination of Pe: 18 and 19, two new races of downy mildew in spinach

Two new races of the downy mildew pathogen (Peronospora effusa) on spinach have been denominated by the International Working Group on Peronospora in spinach (IWGP) on the basis of a worldwide evaluation of isolates from growers fields and trap nurseries. Isolate SP1924 found in Europe, is denominated as race Pe: 18. Isolate UA202001E, found in the USA, is denominated as race Pe: 19. Both races pose a significant threat to the spinach industry in all parts of the world, and resistance to these new races is important.

Members of the IWGP are using a fixed set of spinach differentials (with different resistances)  to define races of downy mildew on spinach by their pattern of virulence on the set. The virulence patterns of all races are published as reference data by the International Seed Federation (ISF); https://www.worldseed.org/our-work/plant-health/differential-hosts/

The IWGP is continuously monitoring the appearance of strains of the pathogen that deviate in virulence from the known races. In this way the IWGP aims to promote a consistent and clear communication between public and private entities, such as the seed industry, growers, scientists, and other interested parties, about all resistance-breaking races that are persistent enough to survive over several years, occur in a wide area, and cause a significant economic impact.

The IWGP is operating internationally and is administered by Plantum located in The Netherlands. The IWGP consists of representatives from spinach seed companies (BASF, Bayer, Bejo, DeSeed, Enza, Pop Vriend, Rijk Zwaan, Sakata, Syngenta, Takii, and Vilmorin) and Naktuinbouw, and is supported by public research at the University of Arkansas. Spinach researchers over the world are invited to join the IWGP initiative and use the common host differential set to identify new isolates. All denominated isolates and seeds of the differential set are available at Naktuinbouw (The Netherlands).

Attached:
Table with disease resistance reactions of spinach downy mildew races on IWGP differentials. Differentials and type isolates are available at Naktuinbouw in The Netherlands.

This table is also available at https://www.worldseed.org/our-work/plant-health/differential-hosts/ 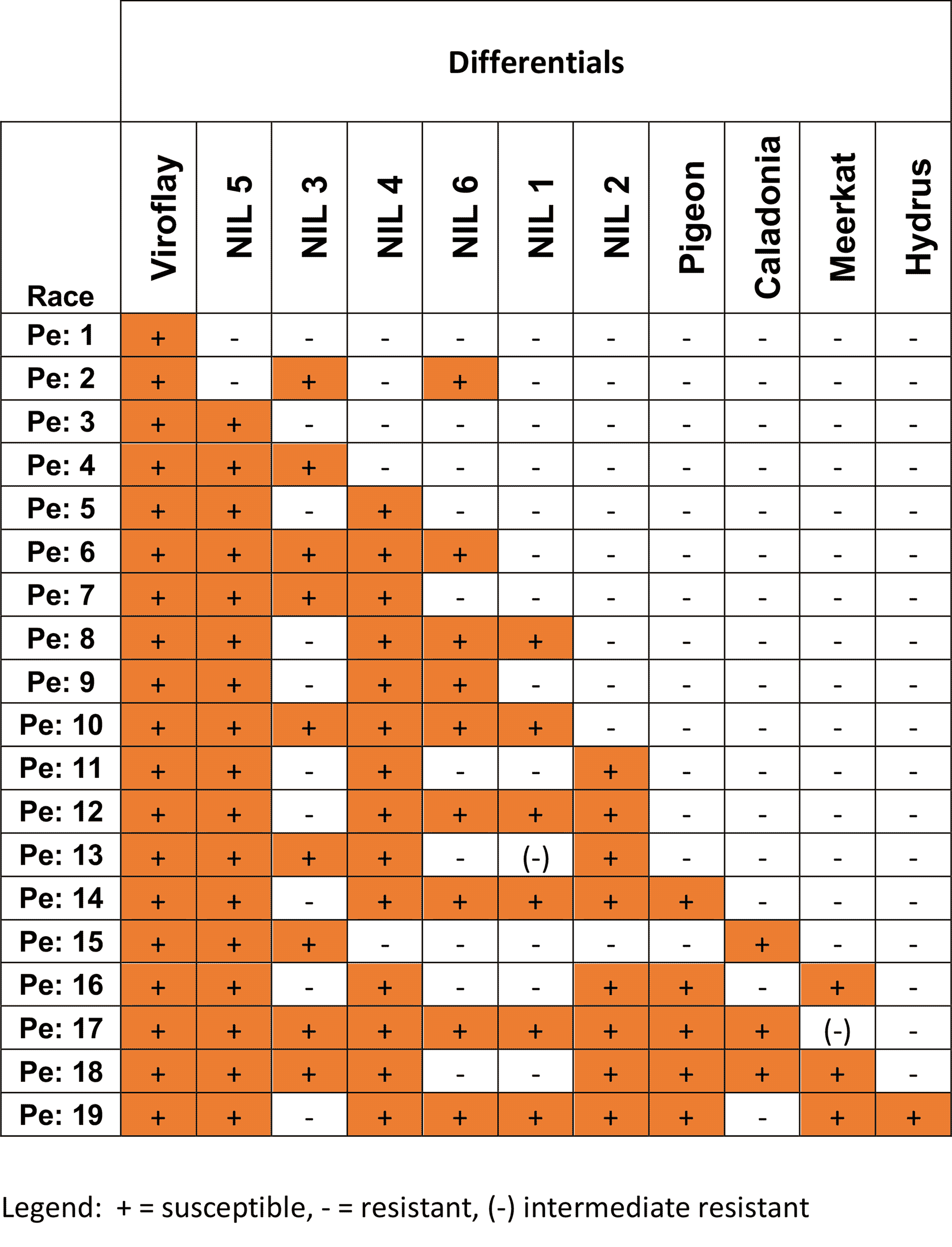 Denomination of Pe: 18 and 19, two new races of downy mildew in spinach